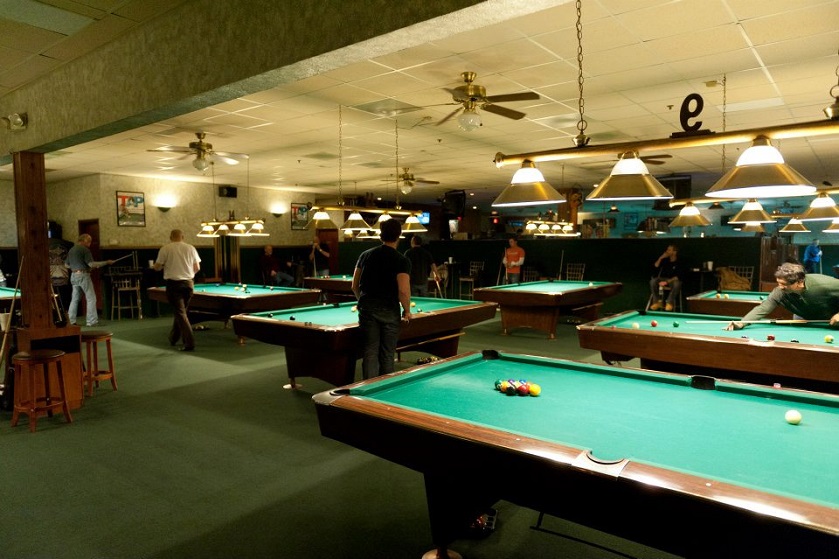 0
Only registered users can save listings to their favorites

One of the places we visited when watching the Mosconi Cup 2011 held at the MGM Grand in Las Vegas.

At  Mickey’s Cues and Brews they had a great house tournament with some good players.

Tournaments are held with a handicap system as is done in most of Vegas.

Nice staff as well and good atmosphere! and it is always open!

People who read about all the poolhalls off the day, might recognize Xander Ernens (the owner of De Gracht) in the background of the photo here. This was one of the places we played at while there. Stefan Osnabrug who made this photo has some other very nice photo’s from this place (and other pool events…) and Angel Levine has some nice footage of a jumpshot I shot here, but has shot a lot more interesting footage as you’ll soon be able to see for yourself when Raising the Hustler will be finished.

Send To A Friend

Your feedback has been received.